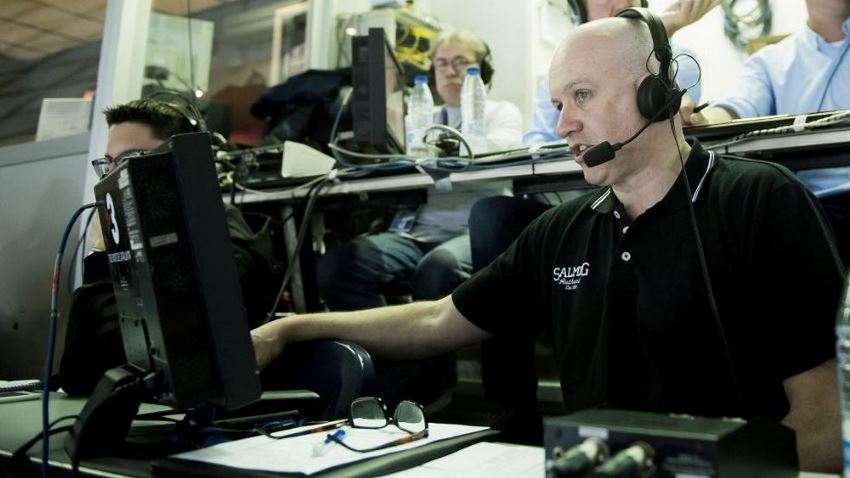 "Wake me up from this nightmare. Please."

Every year since 2010 I have waved my closest ones goodbye and boarded a plane for Cologne, where I am awaited by an old friend Uli at the airport and driven to the hotel that apart from the LANXESS arena is a hub of handball for the weekend.

There, we catch up with old friends and colleagues. We await the teams, standing around like a bunch of groupies to catch a first glimpse of our stars and realise that they are just as excited to be here as we are.

Not this year. At least not this weekend.

Bill Shankly once said of football: "Some people think it's a matter of life and death. I assure you it's much more important than that"

It's not, but that still doesn't mean missing the VELUX EHF FINAL4 this weekend doesn't leave a huge hole in our hearts. It's the effort and commitment, of all involved, to fight to get here, and have that cruelly taken away that really hits me, along with all those who prepared for the event and those who, perhaps, had their hearts set on attending their first ever showpiece event.

Saturday would be semi-final day. Friday's media call, the opening party that brings together a surging mass of rival fans. the handshakes, the hugs, the team trainings, the "Locker Room" show, all put to bed as everyone anticipates the real action. Presidents of all the federations have met and planned. Finance has been discussed and "Forum Club Handball" has debated the ways forward.

But nothing can prepare you for the arrival at the arena.

When I first set eyes on the 'Kölner Dom' in 2010, I dubbed LANXESS arena the "Cathedral of Handball". And it is akin to a religious experience.  It infuses you with an energy that I find exhilarating

The noise of the preparation for the opening show, the volunteers as they receive their final orders, the clack-clack of keyboards as journalists from every corner of the globe search for the right word to bring you the news.

As I search for the my position, a hug from the French commentator Tom Villechaize says 'We're here again'. I race out to see the bus arrivals, a spectacle reserved for very few. I watch the faces descend and try to read the confidence, fear, apprehension in the young faces I see.

Two semi-finals are played. Two winners and those who will find getting out of bed the next day a tribulation.

The flash zones and media zones are a hive of activity awash with questions and answers, happy and unhappy. The photographers click-click away, as the journalist clack-clack away.

I just slip away, assimilating what I've just witnessed. The agony and ecstasy of player and fan alike, the fact that sport brings us to peaks we rarely ascend and brings us crashing down in the blink of an eye. I'm worn out, but not as tired as the young men who have left heart, soul and body on the 40x20 metres.

The next day is even more heady. There can be only one who stands atop the podium, only one captain who will receive the trophy from Michael Wiederer, only one group of players , coaches and staff who will depart Cologne with the broadest of smiles and a lifetime of memories.

Because that is what we are missing. The memories. The quiet chats with players, colleagues and fans. The plans and what-ifs of the coaches who made the trip but whose team didn't make the grade. There will be no potential final hurrah for some of the greats and others who may have been favourites to reach the promised land, but who will move team.

It's the little memories in what is a razzmatazz event that I hold onto. What seems like perpetual sunshine at the height of summer. The glimpse of Dominik Klein in a Nantes strip. Zorman like a big child after that amazing win. Glandorf's equaliser. Nikola with me in a headlock after he finally got his hands on the elusive prize. Cindric's semi-final rocket. Simonet's goal that settled the final. A kiss on the head from Alfred. Discussing handball with people I know who won't be bored.

I've been fortunate to share even a little in all these stories and this weekend I'm reliving them in the only way I can. Even as I write the words hug, handshake and swarm it seems like a life from another time. But it's a life that's hopeful, vibrant and worth fighting for.

If I had known we wouldn't be here, if I had taken a little time to relish the monumental importance of this weekend to all those involved, would I have been so blasé about the little moments? I'm sure I'm not alone in this cogitating and that it's exactly the same for everyone involved no matter how big or small the part they play.

We all feel a little alone right now.

The VELUX EHF FINAL4 reminds me it's all about the team.

It's a nightmare right now.

But we can still dream.