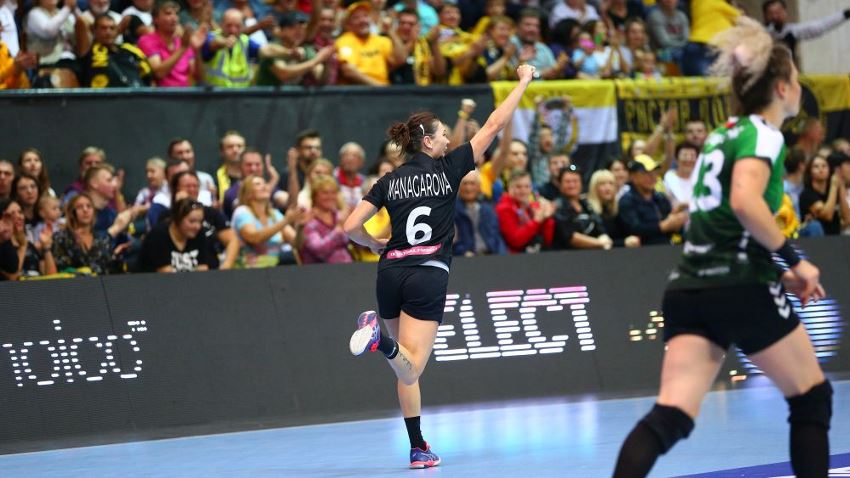 Prior to their DELO WOMEN'S EHF Champions League group B clash, Rostov-Don were seen as strong favourites against MKS Perla Lublin, and the Russian side lived up to that status by claiming a comfortable 31:21 victory on home court.

While Rostov had played in the 2018/19 DELO WOMEN’S EHF Champions League final, Lublin were returning to the competition after a four-year absence. From the opening minute, the difference between the two rivals was big.

Rostov boasted a high attack efficiency in the early stages and led 7:3. Anna Sedoykina made a few spectacular saves, while Iuliia Managarova excelled in attack, and her six goals in the first half were enough to become the game’s top scorer.

Iuliia Managarova was in fine form for @rostovhandball in the first half, scoring six goals, and she showed impressive skill with these two finishes. 😎 #ehfcl #deloehfcl pic.twitter.com/UwewTVh4Uk

A timeout taken by Robert Lis helped Lublin to somewhat improve their game, but not for long. The closing minutes before the break saw Rostov score goal after goal from fast breaks, and the home side already enjoyed a double-digit advantage at half-time.

Following a strong start to the second half, Rostov increased their advantage to 27:13 by the 38th minute, and the Russian side seemed likely to beat their scoring record in the competition: 38 goals against Fleury in 2015/16.

Yet that record remained intact – Ambros Martin made some changes, Rostov slowed down and they were unable to score for the next ten minutes. In fact, they netted only four times during the last 22 minutes of the match.

But thanks to Galina Mekhdieva, who also made some saves after replacing Sedoykina after the break, the home side kept a big advantage and cruised to a comfortable victory.

Rostov-Don’s head coach, Ambros Martin, was pleased with how his team performed in their first DELO WOMEN’S EHF Champions League match of the 2019/20 season.

“We are satisfied with the result.  We spoke a lot about how to play, especially in defence, the players understood well, and we showed a good game. We have two really tough games before us to play away, so we will prepare,” said Martin.

Meanwhile, Robert Lis – MKS Perla Lublin head coach – reflected upon the challenge of taking on one of Europe’s best teams.

“It was very tough game with one of the best teams in Europe. In the first half of the game, we made many mistakes, so we need to work more. For us, this game is a good competition – a really good experience,” said Lis.