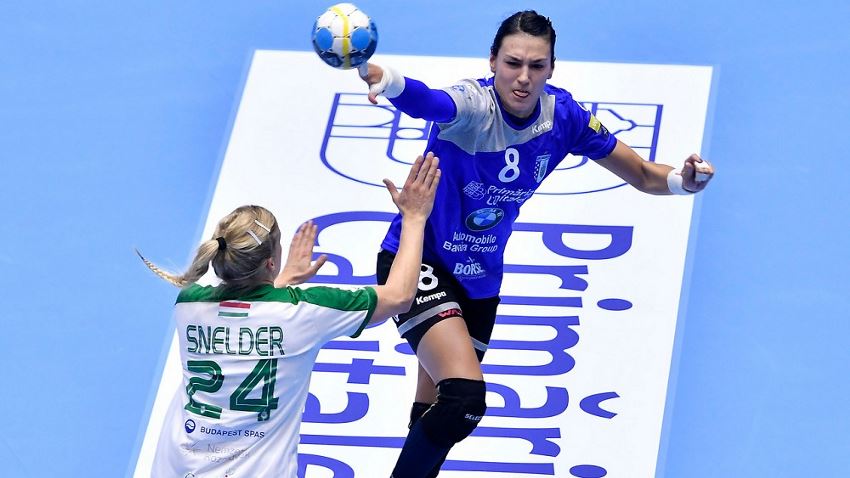 Neagu: “Biggest lesson is that I need to put myself first”

Heading directly to score a goal in a crucial game against Hungary at the EHF EURO 2018 in December, Cristina Neagu heard a pop. It was a sound and a feeling that the Romanian superstar knew too well, as she had already torn her anterior cruciate ligament in 2013.

Neagu’s workload was immense and the injury was her body’s sign that she needed to take a break. Romania hardly recovered from losing their superstar in finished the tournament in fourth.

For Neagu, a born leader, there was only one outcome: regroup and strive to be once again the best player in the world.

The 31-year old left back already had a carefully prepared recovery routine and took care of her body after two severe injuries that did not erase her qualities, but there were setbacks, pain and tough moments to overcome.

The whole process has been filmed and Neagu featured in her own ‘The Unstoppable 8’ documentary, which aired in September 2019 in a Bucharest theatre.

“I cried when I first saw the movie. The ending made me understand why am I here and why I had the strength to come back every time even stronger,” said the Romanian superstar.

Now, after a 326-days hiatus, CSM’s stalwart was back on the court in her team’s 28:19 win against MKS Perla Lublin, in the group phase of the DELO WOMEN’S EHF Champions League.

Neagu scored four times and showed flashes of brilliance, yet she is not at 100 per cent right now. Time will only tell if she can dominate handball with the authority she exuded in the past decade. 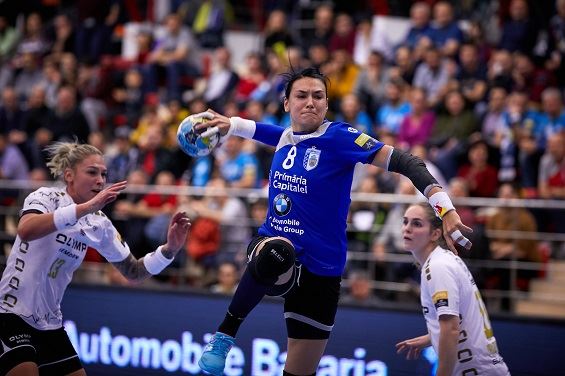 ehfCL.com: You returned to the court Sunday, how did it feel?

Cristina Neagu: There have been nearly 10 months since I had the operation, it has been a tough stretch for me, with a few setbacks in the recovery, but I am very happy that I managed to take part in a game for the first time and I really hope that the knee will be OK, that I am healthy and I will play more and more.

ehfCL.com: You are a very experienced player, did you feel any emotions, did your hands shake before coming back?

Cristina Neagu: My emotions were running wild in the locker room, but when I took on the court, I forgot about everything and played as good as I could. Because I only did two full training sessions during the past year and I did not know how things were going to be, how I will feel, what I will manage to do on the court. It is not easy when you only train twice in a year, but everything turned out OK, unexpectedly well, in my opinion. Taking the win was a plus and a morale booster and I can say I am very happy and fulfilled after Sunday.

ehfCL.com: What motivated you the most to come back even stronger?

Cristina Neagu: The sheer love for what I do. This is what motivates me every time and even though I had some troubles in my rehab, with swelling in the knee and some pain, I really wanted to be back on the court and do what I do best in my life. Yes, at times it felt like an ordeal, especially in the past few months, but being here, playing my first minutes in an official game in the DELO WOMEN’S EHF Champions League, means that it was surely worth it.

ehfCL.com: Will Neagu be at her best?

Cristina Neagu: Now, I will not say I will be at my best soon, I need time. But while Sunday was a good game, a positive comeback, there will be moments in which everything will not work out perfectly and my form needs building upon in the next weeks. However, the start was good and now I just want to enjoy the moment and take some solace from what is going on right now.

ehfCL.com: You talked about setbacks, pain and it was a long road back. Did you feel any pain on the court? What do you think you need to change to prevent injuries?

Cristina Neagu: The knee looks good at the moment, after the game there were no big changes and there was no major pain, but right now I will take care of myself and will put some extra time into my recovery routine. The biggest lesson I learnt is that I need to put myself first, to be extra careful after the games and this is the thing I am going to do. I just thought about playing handball, about what I need to do on the court and enjoy myself. During the game, I felt no pain, no discomfort, there were no issues.

ehfCL.com: CSM had their fair share of injuries last season and you lost Nora Mørk this season due to a similar injury to yours. How do you think this season will be for your side?

Cristina Neagu: I cannot say that CSM will improve dramatically with me on the court, we will see exactly in the next few games. The team played very good in the last few weeks, CSM are now first in the group, still unbeaten in the DELO WOMEN’S EHF Champions League after four rounds. Therefore, I can only hope that we will play better and better and collect more wins. I am not setting great objectives for myself, of course, I want to set the bar high, but right at this moment I am taking it step by step, taking care of myself, taking care of my knee and giving it everything both in the training sessions and during the games.

ehfCL.com: Do you think about the business end of the competition? Last year CSM failed to progress to the DELO WOMEN’S EHF FINAL 4.

Cristina Neagu: Every year we want to be in the DELO WOMEN’S EHF FINAL 4, every year we want to achieve great results. Yet this is a question that is asked too early, we are just in the group matches and there are a lot of games still to be played. Now, things are looking good, we want to keep it this way, but the road to Budapest is long. The main round will feature three difficult opponents, regardless who qualifies from Group A, the quarter-finals are also tough, but we train and our objective is to be between the top four teams in this competition.

ehfCL.com: Romanian fans are already thinking about the national team: will you be able to play in the World Championship in December?

Cristina Neagu: I have not thought about the World Championship thoroughly until now, but I have been in contact with our national team’s coach, Tomas Ryde. My desire to play for the national team is not a secret, but it is now clear that my health is in the first place. If I am going to Japan, then I will surely have a clear schedule and my minutes will be carefully managed. I say it again, I need time, more recovery time, especially in the next few months. Therefore it will surely be a challenge. I hope to play, not as much as I did before, but I want to be near the girls and help them in any way I can.