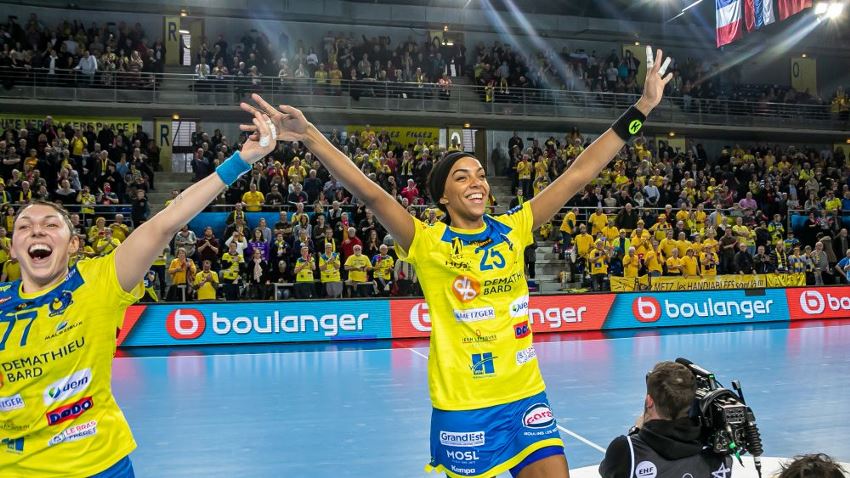 While Esbjerg had won both matches in the DELO WOMEN’S EHF Champions League main round, Metz had ended their unbeaten run with a defeat at CSM in the previous week.

In an exciting clash for the top spot, the French and Danish champions shared the points in a 31:31 draw, which saw Metz reclaim the top spot on goal difference.

So confident for most of the current season, Metz appeared to be in a crisis recently as they suffered two straight defeats, against CSM in the Champions League and Paris 92 in the French league.

On Saturday, the French side were on a brink of another setback, yet Orlane Kanor’s last-gasp goal helped then to snatch a point.

Esbjerg had an advantage during much of the game, and they led 7:3 after 10 minutes and then 10:6 five minutes later.

Their well-organized defence did a good job, while the Dutch world champion Estavana Polman had her impact in attack.

In the second half, Esbjerg pushed for the victory, as Polman and Frey combines well in attack, and Rikke Poulsen did a good job at the opposite end of the court. The Danish team were in lead almost all the time, yet they could not pull clear by more than three goals.

Metz tried hard to hit back and finally drew level 70 seconds from full-time as Jurswailly Luciano made the score 30:30. Then Frey again put Esbjerg in front, but following a time-out by Emmanuel Mayonnade, Orlane Kanor salvaged a point for Metz just two seconds from the buzzer.