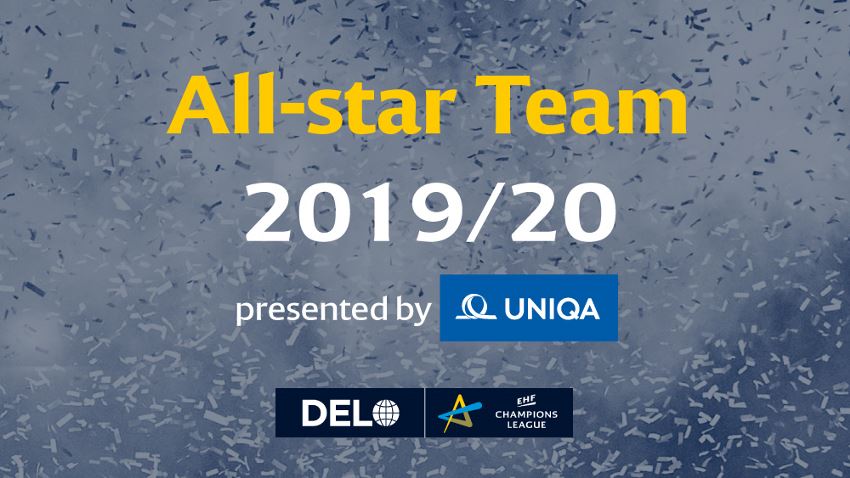 More than 23,000 votes over the past two weeks have decided the DELO WOMEN’S EHF Champions League 2019/20 All-star Team, presented by UNIQA.

The vote took place in unusual circumstances in comparison with other years, with the season’s knockout matches not yet played, but was held to reward players for their efforts over the season and give fans the chance to show their support.

Six members of All-star Team in the previous season have made it once again, and also once again, title holders Györi Audi ETO KC have the most representation. While the Hungarian side count three positions in the All-star Team, all other clubs featured are represented only once.

When compared with last season, where 26,000 fans took part in the vote over a longer period, of five weeks, it is clear interest in the All-star Team continues to grow each year. It is the seventh time the vote has taken place.

50 nominations were available for the vote, with one name in each category determined by coaches within the competition. Four of the coaches’ choices in the nominations made it to the final line-up.

Neagu returns to left back throne

Györi Audi ETO KC’s Stine Oftedal and Eduarda Amorim as centre back and best defender, Rostov right back Anna Vyakhireva, Buducnost right wing Jovanka Radicevic, FTC back Noemi Hafra as best young player, and Metz Handball coach Emmanuel Mayonnade are the six members of the previous All-star Team who have been in named in the 2019/20 line-up.

Meanwhile, CSM Bucuresti’s Cristina Neagu has reclaimed her crown as the All-star Team left back. The Romanian sharpshooter was named in the All-star Team four seasons running, from 2014/15 to 2017/18, before Györ’s Anne Mette Hansen earned the spot in 2018/19.

Two players are entirely new to All-star Teams for any European competition: Team Esbjerg left wing Sanna Solberg and Valcea line player Asma Elghaoui. Neither have been named in an All-star Team at a major international event with their national team (Norway and Tunisia, respectively) or on a club level.

In 2018/19, Oftedal had a tight race with her teammate Nycke Groot, but this year was the standout favourite among the centre back nominees.

Last season, only left back Anne Mette Hansen received over 10,000 votes. This year, Elghaoui, Oftedal and Amorim all proved this popular. 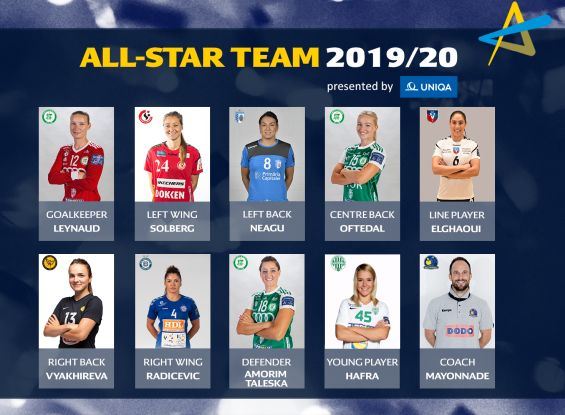