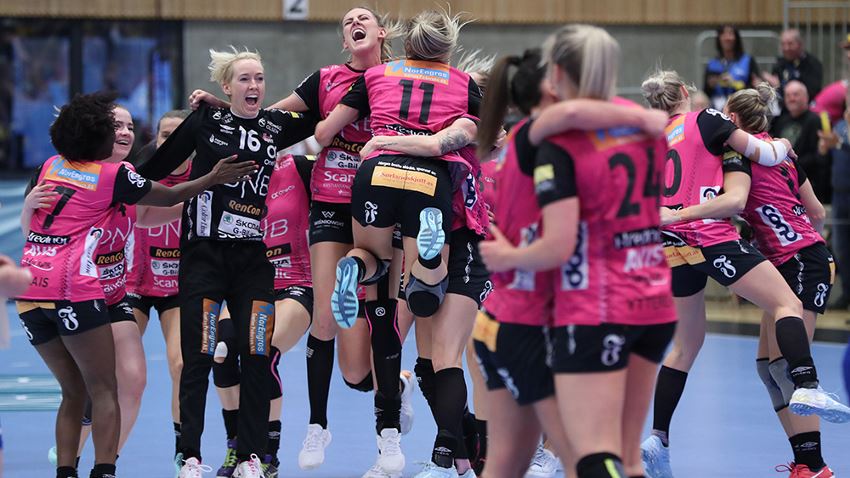 A closely-fought battle was expected between two serious contenders in this season's DELO WOMEN’S EHF Champions League was expected and that is what was on show for 15 minutes, before Kristiansand's team play helped them seal a big victory.

Noemi Hafra might be one of the best young players on the planet, but she cannot do everything on her own. Tonight, she scored six in the first half, including three in the first seven minutes of the game, but that was not enough to keep FTC in the game.

The Hungarian side was still ahead by one after fifteen minutes in the wake of an impressive performance by the left back. A wisely taken time-out by Kristiansand soon turned things around though.

The hosts scored eight times while only letting Hafra score twice to get back to the dressing room with a five-goal advantage, 16:11.

After the break, things did not improve for the visitors, whose defense was unable to stop the Norwegian side's offensive danger.

In contrast to their opponents, Kristiansand were able to score from multiple positions as Heidi Loke, Malin Aune and Emilie Arntzen all scored at least five times.

Watch this amazing pass into the line from @Emiliehegh, converted by none other than Heidi Løke for @VipersKrSand.😍 #deloehfcl pic.twitter.com/uScYuAMiXM

Thanks to this efficiency, Kristiansand slowly but surely widened the gap on the scoreboard.

By the time the final whistle came, the advantage was nine goals to Kristiansand, the biggest of the game, and the Vipers secured their first two points of the season.