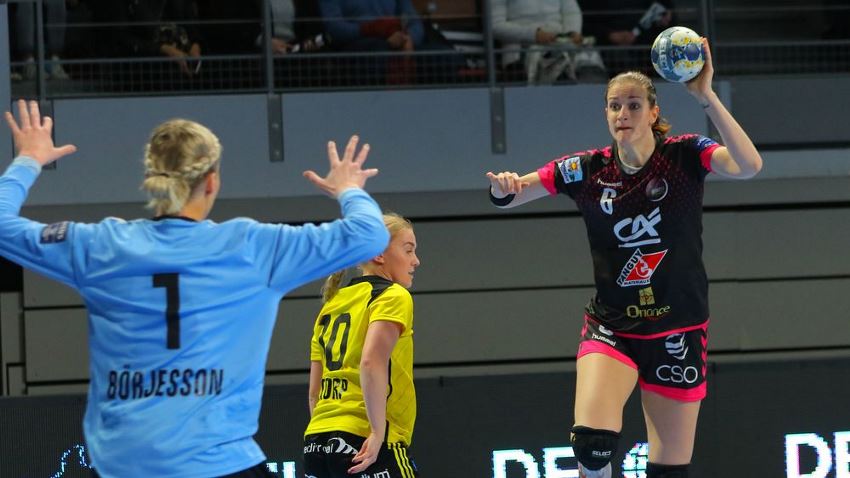 Brest end main round in style with straightforward win against Sävehof

There was no question about the winner of this encounter as Brest jumped the gun and never looked back, securing a 29:17 win against Sävehof.

Six minutes were enough for Brest to take a grip of the game and they never looked back.

The French side jumped quickly to a 6:2 lead, as key contributors Ana Gros and Sladjana Pop-Lazic spearheaded once again the French attack.

But it was also Brest’s defence which impressed as Sävehof failed to score more than twice in the first 15 minutes, for a meagre 15 per cent attacking efficiency.

The gap continued to grow, as Gros was unstoppable, with the guests cruising to a 17:5 lead at the break.

It was the third lowest number of goals scored in a half by a team in the DELO WOMEN’S EHF Champions League’s history, two more than the record set by Krim in January 1997.

There was nothing that Sävehof could do to prevent one of their worst defeats in the history of the competition.

The Swedish champions were left astounded by Brest’s fast attack, as they headed towards the sixth consecutive defeat this season.

Despite Brest’s attack slowing down in the second half, it still looked like it was a walk in the park for the French side.

Ultimately, Brest took a 29:17 win in their last game of the group phase, one-goal shy of their record win in the DELO WOMEN’S EHF Champions League.