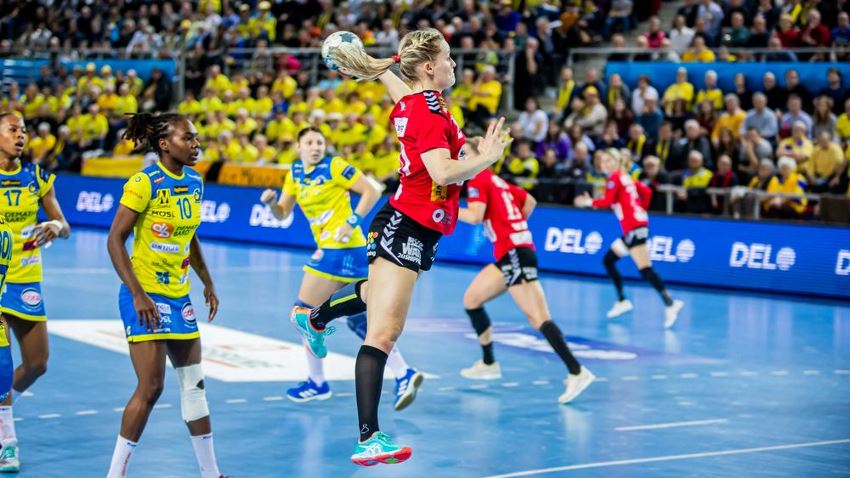 Not since FC Midtjylland graced women’s club handball’s biggest stage at the first EHF FINAL4 in 2014, no Danish side has looked a likely contender for the title - until now.

Team Esbjerg have been one of this season’s genuine surprise packages and a key player for them has been Marit Røsberg Jacobsen.

The 26-year-old right wing has adapted to life in Europe’s top flight with ease, firing in 45 goals in her first full season in the competition and earning a nomination for the All-star Team vote.

“Some of my teammates told me about it and I was so happy for the nomination. It is nice to be recognised after a good season, especially with so many good players in my position,” admits the Norwegian international.

“We can beat anyone”

Esbjerg scored victories over heavyweights CSM Bucuresti, Rostov-Don and Metz en route to a top-two spot in their main round group, seeing them progress past that stage for the first time and in only their second season in the competition proper.

“I am very proud of the team that we have shown we can beat anyone,” says Røsberg Jacobsen.

“The match at home against Rostov and away against Bucharest stand out to me, because they showed everybody that we could win against the top teams and we have something to play for in the Champions League.”

Despite boasting a wealth of international experience with Norway, featuring at three major championships and reaching the World Championship final in 2017, this was Røsberg Jacobsen’s first season in Europe’s elite club competition.

“There is more speed and a higher tempo in the Champions League, compared to the national league and you have to take your chances to win a game at this level.”

She put that lesson to good use and displayed her appetite for the big occasions in Esbjerg’s final main round match as her 11-goal haul helped them come from behind and snatch an all-important victory over Metz.

Making the best of it

That win put the Danish club on the verge of reaching their first DELO WOMEN’S EHF FINAL4, but the global health crisis has put their attempt at making history on hold.

“It has been a frustrating period as all we want is to play, but at the same time, the situation is the same for everyone. I am just trying to make the best of it and focus on things I can develop.

“We are still dreaming and hope to play for a place in the EHF FINAL4, we think we can do it,” concludes Røsberg Jacobsen.